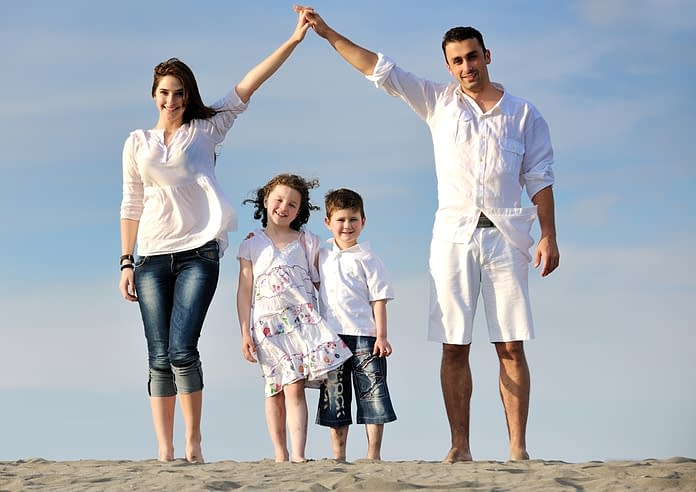 One fine evening, your toddler carries her doll to the park. A doll is the fancy of many girls. One or two or many approaches your toddler to touch her and play with her. Your toddler does not agree at all. From “Please share your toy” to “You need to share your toy with others”, the conversation between you and your kid becomes slightly rude. Have you ever encountered this? I have and that too, umpteen numbers of times.

How Sharing is Caring

My first time in the park with my toddler was quite different from what it is at present. My kid wanted to play with a girl elder to her. Now, that girl was playing with a couple of sand toys. Her mother asked her to share them with my kiddo, saying ‘Sharing is Caring’. I was quite impressed. I hooked on to this fancy phrase (it was, at least for me). Then I taught my kid the same. She agreed with me and was not a fussy kid. In fact, she liked sharing her toys and playing with them along with other kids. However, when she realized that some of the other kids do not reciprocate this behaviour, it was ‘tit for tat’ for her. She did not want to share with such kids and I was pretty okay with it.

I had read a post in the newspaper which enlightened me to a new way of thinking. The post said that do not force your kids to share. It might lead to the possibility that your kids start taking you as monster moms who continually ask them to share. This might result in attitudinal shifts in younger kids. I got the point they wanted to say. Earlier, it used to happen that the behaviour of some kids intrigued me a lot – they did not bring their toys to the park or didn’t even invite other kids to play at their place. After reading the above-mentioned post, it clicked me. Many parents force their kids to share and so they eventually become more reluctant to share.

By nature, a human being is quite possessive. While as kids, we are not ready to share our toys or our parents’ love, as adults, we are not ready to share something or the other. Take for instance; Shanaya (an adult) brings a new car home. If her mother asks her to share this car with her neighbour Rheana, will she be able to? Shanaya would be possessive about her car. Now, when her mother forces her to do that, how will Shanaya behave – angry and reluctant, right! The same thing happens with kids. Adult Shanaya’s car is equivalent to young Shanaya’s sand toys. They do not want to share at that time. Maybe in future, Shanaya overcomes her possessiveness about the car and asks her neighbour to take a ride. Even the younger Shanaya lends her sand toys to her friend when she is done playing with it.

Your kid informs you that he will be building a huge castle out of building blocks. He is totally engrossed for the past half an hour. Even you heaved a sigh of relief and started reading a book that you bought to the park. Suddenly, you are disturbed by the wailing of a kid. Another boy has been disturbing your kiddo to share his blocks. But how can he give away the blocks in the midst of building a castle? Is his imagination not being disturbed? Will he have to end the construction midway just because ‘sharing is caring’? No, another kid needs to wait until your boy finishes up the castle. Some instances like these are different. You need not force your child to share in the mid of a game. He is already absorbed in an activity and sharing will mean that his imagination is being interrupted.

Let Your Kid Set The Rules

You play an important role in your kid’s life. You are the one who decides what he should eat most of the times, what he should buy from the toy store and how he should behave. However, at times, you can let your kid set the rules of playing, especially when he is amid kids of almost his age. This will give him a sense of independence. I have faced this issue earlier. When my toddler played in the park, I used to play the police. If someone pushed her, I scolded that kid. If she is not able to make her way through other kids, I rushed to help her again.

However, this way my kid was unable to establish an identity of her own. Now, unless and until she is hurt majorly, I do not rush to her rescue. If she is embroiled in an argument, I let her reach a solution on her own. If she is playing with her toys and friends, I let her set the rules of her own – whether she wants to share or not.

Sharing Should Be a Personal Choice

Are you bringing up a kid who is ready to share a toy instantly? Let’s suppose, your kid is trying to find out how a toy works. Suddenly, another kid appears on the scene and asks your kid to give up and let him try. He does that instantly without revolting. Is this a regular habit? Is your kid submissive?

When you try to pressurize kids in doing everything that you want, you might be raising a kid who will grow up to be timid. He probably won’t have a stand of his own. He won’t have an exclusive say in a discussion. Always hear the opinions and ideas of your kid and even try to understand them. If they are good, you can definitely follow them. This will inspire them to think more. Let them decide whether they want to share or not – and if it is a ‘no’, it is no. Period.

This Is The Age of Competition

Life is not always fair. If you teach your kid to give up the moment someone asks for something, do you realize what would happen next? Your kid when grows up might give up his class seat to someone else in college? He might even sacrifice his job if someone less deserving asks for it. Who knows he might surrender his desires for other people all his life! Teach your kid the virtue of sacrifice but also teach him to stand for what is right, even if it is for his own self.

Make Them Face The Consequences

I remember a story here. A mother used to always tell her kid to stay away from the fire. But he did not know what would happen if he played with fire. He was not aware of the consequences of playing with fire. Once when her mom was away, he touched the flame of a candle that his mom had left unattended by mistake. He got hurt but a major accident was evaded as he quickly stepped back. When his mom returned, she found out what had happened. However, she did not scold the kid for this. She knew that kids learn through practical lessons. When my kid does not want to listen to me, I let her be on her own.

If she wants to climb the slides through the wrong way, she would learn on her own when she falls. The same is with sharing. Let your kid face the consequences of sharing or not sharing. Recently, my daughter was not ready to share her special chair with my neighbor’s kid. As a result, he was angry and left the house, promising he would never return. This hurt my baby very much. She was sorry and promised to share.

Teach Them How To Say ‘No’

Frankly, I still feel bad when I say ‘no’ to something or someone. My ‘yes’ to certain things lands me in more trouble than a simple ‘no’. Teach your kid how to say ‘no’ firmly. In fact, this is one of the ‘business lessons’ that is being given to kids in B-schools. Coach your kids how to express their desires. Kids should voice their wish of not sharing. They can reach a settlement later. However, make sure that they are not being rude and politeness exists in the entire conversation.

No, Does Not Mean Non-Cooperation

Yes, you totally want your kid to be a member of society. You are not raising a rebel who is against the rules of sharing. Do not teach your kid to not cooperate. You are just teaching him to voice his desire. Hence, make him learn different ways of saying no. He can say, “Not now, maybe later”, “I have just begun, let me play now”, etc. Whatever you think fits the bill instead of a rude no.

The Reverse is Also True

Just like other kids cannot interrupt the play of your kid, even your child cannot intrude other’s act. Your child cannot have everything on this earth, something he or she should at this age. You might know of many adults who throw tantrums at the drop of a hat. You do not want your kid to become such an adult. It is okay if someone is not ready to share something with them. This might create a responsible understanding adult out of your kiddo.

To conclude, sharing is not always caring. The new-age parenting is very different. With many parents opting for single kids, rules have changed a lot. Let your kid grow up to be an independent yet caring individual, fair without having to sacrifice anything and a loving person yet having a say of his or her own. Happy sharing (or not)!

Food for thought for young minds – Are you feeding the right emotional diet to your children?

How to Brace Your Children Up for School Post Lockdown with the Right Diet – In Conversation with Nutritionist, Pallavi Agarwal

Stress in Kids – Acknowledging the Presence, Prevention and Treatment with Dr. Alpa Jasani