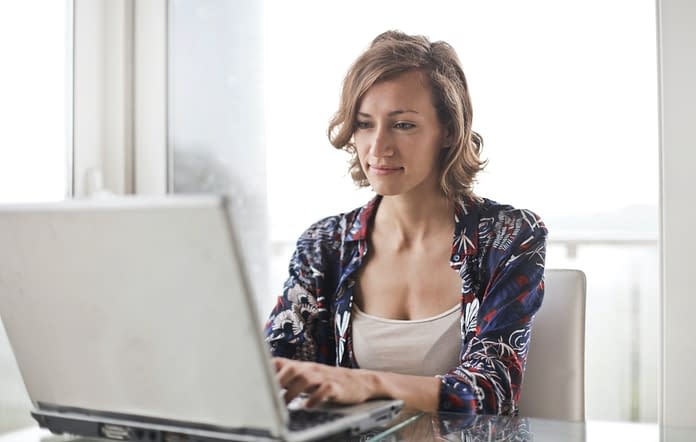 “When I was your age, I was bringing up both you and your younger sister”

Blurted her mom to win the ‘Have a Baby Now’ argument once again. However, Vini and her husband had decided to wait for at least three years after their wedding to start a family. But since the past one year, Vini was not able to handle the pressures from both sides of the family. She was not able to convince the elders that she was not prepared to even think of a baby at this stage of her career. Yes, she definitely wants to start a family. She wanted to assure her mom that she will not be in the category of ‘Double Income No Kid’ (DINK) couple. But, the baby is not their priority now.

Just like Vini and her husband, there are many couples around the world who are delaying the joy of parenthood. There is a gradual increase in mothers who have babies quite later in their life. While earlier, mothers used to have their first baby anywhere between 20 and 25 years of age, now this age range has increased to 30 and 35 on average. In fact, many women are embracing motherhood even in their mid-40s, without much ado.

Why A Shift Towards Delayed Parenthood

There are so many reasons why couples are opting for parenthood later in their lives. While for some, this is a conscious decision, there are many who do not have any other choice left. These are the probable reasons for delayed parenthood in couples these days.

Firstly, women are delaying getting hitched. Marriage has taken a backseat and women are concentrating more on their careers. In fact, women nowadays even begin their first jobs late as they opt for higher studies to improve their skills. This ultimately delays the choice of motherhood. It is easy to become a mother than to get a job, which is the notion of many women.

Secondly, couples these days desire to give more time to their relationship. They do not want to unfold the layers of the character of each other by becoming parents. The priority is the relationship and then parenthood. This allows them to cope with the pressures better.

Further, even finances play a bigger role. These days parents desire to give their kids a dream life, wherein the kids have everything they want. In this bid to provide all, couples first need to be stable financially and then concentrate on parenthood.

Also Read: Women, How to Take Out Time for Yourself Without Being Guilty

What Do Doctors Feel About This?

Parents are opting for the blessings of children later in life not only because they want to, but also because they know that advanced medical science has made this possible. However, doctors are not of the opinion that one should have kids only after the mid-30s. However, with the advent of medical science, women have the choice to do so. ‘Older’ couples are opting for procedures like ‘in vitro fertilization’ or surrogacy if they face difficulties. Women also have the option of egg freezing that enables them to become mothers at a stage when they are prepared to do so. Let’s delve into the benefits that women and children enjoy when they embrace motherhood later in their lives.

Benefits of Late Pregnancy to Women

Many women are in the dilemma of whether to choose careers or kids. Above all this, women are worried about whether having children later in life is a good idea. They are concerned about the upbringing of the kids, their own health later in life, and similar other apprehensions. However, they need not fear. They can have kids later in life if they really want to, thanks to many kinds of research that prove several benefits that ‘older’ mothers might have over their peers.

There is no dispute about this that people mature with age. When older women embrace motherhood, they are very much aware of everything they will require to do after having kids. Over time, such women meet other mothers and come to learn about a thing or two. Further, they are emotionally equipped to handle the stress that comes with parenting. Such women are also quite patient with their kids. They understand that good parenting consumes time. They are exposed to different studies and the methods of upbringing. In such an environment, even kids of older mothers feel emotionally secured.

Many older mothers feel that they will not be able to watch her children grow. However, they might be in for a surprise here. A study proves that women who opt for becoming mothers at a later stage in life might live longer. Having a child later in life, after crossing 30, may turn out to be a blessing to mothers as per a study. Such women may live up to ninety years of age or even more than that. The same goes for those women who become mothers after their 40th birthday.

3. A Family Blessed with Financial Stability

When couples choose parenthood later in life, they are not worried about the finances and capital required for the birth and education of their children. Such couples have made enough savings to make sure that their kids do not face any problems. They ensure the best of education and most likely, a premium lifestyle for their children. Another benefit is that such couples have a stable career and are not struggling for a foot in the industry. By the time they have kids they come to understand the calling of their lives. This enables them to know how they will grow in their profession. This ultimately helps the children in shaping their lives and careers at a later stage.

Also Read: How to Take Care of Your Grey Hair and Flaunt Them

Benefits to Children of ‘Older’ Mothers

Not only mothers benefit from pregnancy at a later stage, but even kids also get a fair share of advantages.

The brainpower of women shoots up after menopause. So, when women opt to become mothers at a later stage in life, after the age of 35, they might benefit from this. Women also bask in many benefits of later pregnancy. The chances of memory loss in such women decline sharply. Their brains start functioning magnificently and there is even a delay in the chances of memory failure. All this is due to hormonal impact. Without any doubt, hormones play a strong role in the life of women. Also, most of the women who opt for wedding and marriage at a later stage invest the time lap in education and learning. This helps children getting the benefit of a well-exposed and educated mother.

Kids of mothers who opted to have them at a late stage are better exposed than their peers. A study proves that such children are more likely to stay in the education system for a long time. Such kids even performed better in tests and examinations. Children, who have older mothers as compared to their fellow students, are likely to opt for higher education as well. They are brought up in an environment where they are inspired to learn more and expand their knowledge through various means. This ensures a systematically educated upbringing, right from the beginning.

3. Nurture in a Stable Environment

The environment in which the kids are brought plays an important role in their grooming. When the parents are older, they are mature as well. They understand the significance of the ambiance and they make sure that the kids are exposed to the right things at the right age. Parents are always the first teachers. When kids watch their parents’ behavior and how they tackle different situations, they imbibe the same nature. They learn tact and thoughtfulness and use the same throughout their life.

Also Read: 9 Ways to Maintain Natural Glow on Your Skin After 30

Women, Now You Have a Bagful of Reasons

Next time, when someone asks you regarding the reason you did not have kids, you can give them these. If you do not want to talk at length to such people, simply give them the link to this post. Women, you are the master of your own destiny – whether to have one child at present, two children later, or none at all, throughout your life is ultimately your decision. There is no reason that you follow the footsteps of others or change your decision, based on the whims and fancies of others. Celebrate womanhood, lady!

Food for thought for young minds – Are you feeding the right emotional diet to your children?

How to Brace Your Children Up for School Post Lockdown with the Right Diet – In Conversation with Nutritionist, Pallavi Agarwal

Stress in Kids – Acknowledging the Presence, Prevention and Treatment with Dr. Alpa Jasani