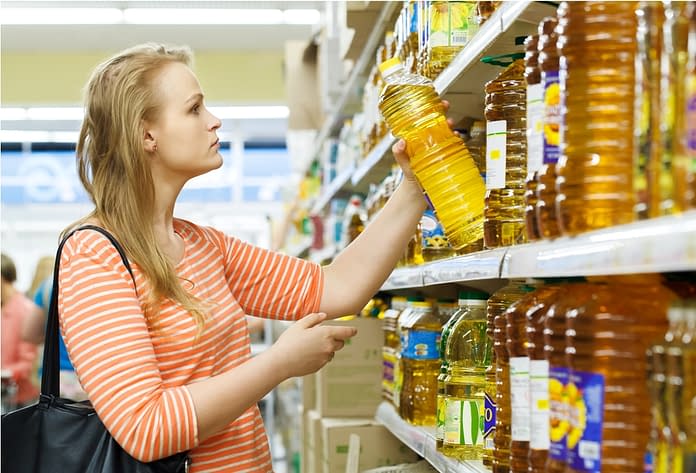 Hmm… castor oil. I was not particularly fond of castor oil. Its greasiness got to me when my mom asked me to wash the grains that were soaked in castor oil. Grains are coated with a layer of castor oil to prevent them from bacterial growth. I had to wash my hands with soap several times thereafter. However, years later, I thanked castor oil for its properties. I was able to deliver my baby normally after consuming it twice.

Castor oil was recommended to me as it induces labour. (Do not rush to have it, women. Consume it only after consulting your gynaecologist as every pregnancy is different.) Post pregnancy, I tried to look upon the benefits of castor oil, if there are others that I didn’t know. My search resulted in tons of benefits of this humble and not much-publicized oil. It is one of the home remedial foods that should be present in every kitchen. Not just Indians, even Europeans, Chinese, Africans, Persians, Greeks, Romans are equally fond of it.

I asked one of the Ayurveda doctors about castor oil and the reasons for its popularity and I came to know that Castor oil is anti-inflammatory, anti-microbial and has pain relieving properties as well. Ricinoleic Acid in castor oil is a monounsaturated fatty acid. It contains 90% of this acid, which makes the oil not only vicious but also highly absorbent.

While many consume castor oil for benefits, even application of castor oil is quite beneficial. By using castor oil packs, there is a significant improvement in blood flow in the system. Also, experts believe that through castor oil, the production of lymphocytes can be improved to an extent.

For the uninitiated, lymphocytes prevent attacks of foreign bodies by making the immune system strong. With the advice of health providers, castor oil can be used to benefit heart, health and even the digestive system.

Castor oil is quite beneficial for the skin. Skin reflects your health in many ways. If you are suffering from a weak immune system, hormonal imbalance or ailments related to digestion, it shows up instantly on your skin. For instance, if you are suffering from recurring acne, then instead of hiding it with makeup or creams, you should get your health examined. For healthy skin, prevention is the best cure. Keep castor oil handy. It is not only natural but also versatile when it comes to benefits.

By application of castor oil, you can keep several skin ailments at bay. It is because castor oil is easily absorbed by skin. It helps fight skin infections by increasing blood circulation. Castor oil is also believed to help in healing wounds faster. Being anti-microbial, it is one of the best remedies for skin ailments like ringworm and others like nail fungus.

If your feet often face the brunt of bruises and cracks, then castor oil could be the solution you are looking for. Regular application helps in healing cracks by hydrating the skin of the feet. It is even said to reduce redness and itching.

The anti-fungal property of castor oil makes it apt for treating fungus, bad odours, warts, mycoses, redness that often attack your feet. Castor Oil packs help in healing pains and massaging the foot with castor oil along with coconut oil helps in relaxing the area.

It even helps ease the pain of severe headache and migraine. If there are calcium deposits on your sole, help them dissolve by massaging castor oil regularly.

With castor oil, you can benefit your hormonal system as well. Castor oil is said to help in balancing the hormones. While consuming it can disturb your digestive system as it is a strong laxative, you can use it through packs.

By consuming castor oil, the speed of uterus contractions increases. The presence of ricinoleic acid helps in activating prostanoid receptors in your uterus. However, many health providers do not recommend using it as it might make women feel queasy after consuming.

It even evacuates the system of foreign tissues. If you apply castor oil on the lower abdomen, it helps in easing the blockages in the channels. You can use it during the menstrual cycle or even before it begins as a proactive measure. Castor oil is also said to improve and promote fertility.

One of the advices that I often heard for my toddler is to apply castor oil on her scalp. She does not have long, pretty hair as her friends do. After getting regular advice of the same type, I gave in and start using the oil along with a mix of some other oils. Voila! It did help. I would advise coupling it with proper nutrition though.

Castor oil helps in improving blood circulation. It even moisturizes the hair and prevents the loss due to dryness. The presence of natural compounds in the oil makes it a perfect remedy. Castor oil also easily penetrates into the skin pores, thereby restoring growth. Ayurveda Experts even recommend castor oil to prevent adverse effects of damaging rays of the sun and even pollution in the present age.

What more! You can prevent dandruff, acne and restore pH level of the scalp with castor oil. Once, my beautician even asked me to apply castor oil on eyebrows and eyelashes to thicken them.

I found out that castor oil helps even in acne. The presence of ricinoleic acid is said to clear the skin of stubborn acne. You just need to clean your face and massage in some castor oil before going to bed. Remember to wash it off in the morning. And, say goodbye to wrinkles.

By promoting collagen production and elastin, it is a perfect remedy to restore youth. The fatty acids present in castor oil helps in reducing the intensity of scars. With regular application, scars fade away naturally.

If you are tired of blemishes on your skin, try using castor oil. The oil is effective in reducing pigmentation and cure uneven skin tone and spots. Apply castor oil around the eyes to get rid of dark circles as well.

Make homemade moisturizer by mixing castor oil with sesame oil in equal quantities. Fill it up in an empty container. However, if you have normal skin, use olive oil instead of sesame oil. For oily skin, jojoba oil is a perfect option as compared to sesame oil. Apply it before retiring to bed on your hands and feet.

Castor oil helps nourish your skin naturally. Use this oil for massaging body. It helps ease the pain and cures muscles of soreness. For treating sunburns, apply a mix of oil and coconut oil on the affected parts. It can even be used as lip balm, in addition applying it on nails can treat their brittleness.

It definitely helps in growing your beard. For this, wash your face with warm water and pat dry. Rub castor oil on your palms and then on the beard gently. Massaging it on the cheeks in the upward direction for about five minutes helps in stimulating the hair follicles. Perform this procedure regularly at night. Remember to wash the oil off the next morning. Stay alert, I am sure, you will wake up with a beard some morning!

Being anti-microbial, castor oil helps in bacterial infections of the eyes as well. Eye drops containing castor oil are used for the same. it not only helps treat conjunctivitis but also dry eyes. It helps retain the moisture in the eyes through adequate lubrication.

The early stages of cataract can be treated through castor oil hence a drop of castor oil in each of the eyes at night is recommended for the same. If you are suffering from inflammation around the eyes, make use of it for treating the same.

It is believed that applying castor oil packs on the area around the neck for 12 weeks helps remove the nodules present on the vocal cords. Castor oil also helps in treating chronic hoarseness.

It is found that using castor oil packs on the belly also helps in treating hyperactivity. Bee stings heal faster through this oil. Also, using it on the abdomen even helps treat snoring.

How to Use Heat Packs

For this, take an old piece of cloth, big enough for wrapping the desired area. Additionally, ready another big cloth as wrap over the old cloth. This wrap helps in insulating the heat and intensifies the treatment. It even helps the spilling of oil. Apply castor oil on the affected area. Place the old cloth on its top. Now, cover the area with additional wrap. On top of this, apply a hot water bottle. In absence of bottle, use can even use an electric heating pad. Relax on your favourite spot and let the heating pack do its work for close to an hour or at least for thirty minutes. When this procedure is done, remove the residue using a tissue. If you still feel the greasiness, use a mixture of water and two teaspoons of baking soda to remove it.

In conclusion, there are so many benefits of castor oil that a post is not enough. However, I have tried to accommodate them to make it easier for you to make the most of it.

Before proceeding, please note that this is a post describing home remedies. Please consult your health provider before following the remedy.

How to Buy, Eat and Enjoy Dark Chocolate for Good Health

How Fermented Foods Can Boost Your Health – Benefits of Fermentation