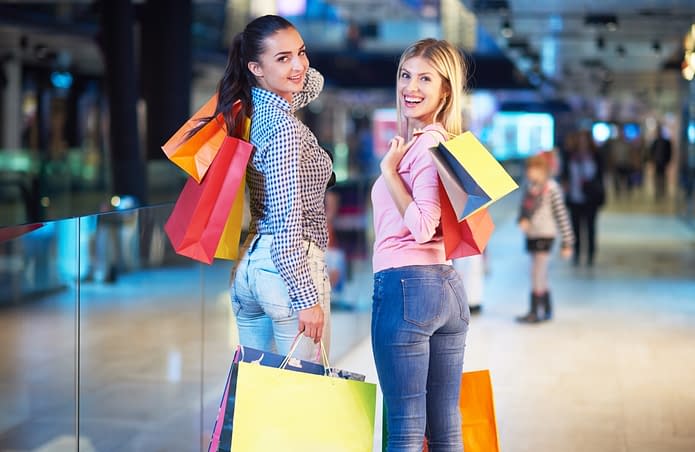 Are sales and discounts even connected to the environment? You might be wondering this, right?

This article is not to make you delve into the figures and facts. Rather, it is just an effort to make people ponder over the harm we are causing to the environment by going on a shopping spree!

There was a time when there were not many stores and brands present. More than branded stores, there were local ones with devoted clientele. Store-owners didn’t do much to direct the clientele of other stores towards them. The one trick that always worked was good communication. Striking small conversations and asking about the health of the family worked in the favor, somewhat. However, times have changed. Not only the number of stores has shot up, but also there is an increase in the fickle-mindedness of the consumers. They are no longer loyal to one brand. So, what should the store-owners do?

Yes, they should offer discounts and sales to attract the clientele. When things are available at such a less price, then why should one not buy? In spite of no space in the wardrobe, cupboard, shoe-box, kitchen rack or even stomach, people stock things up in the hope that they will need those someday later in their lives. And the human psychology acts up here. The old things that were so dear to the people, suddenly are bade farewell because the new things need to be used.

Where Does the Old Stuff Go?

There are different ways old stuff is being used. Firstly, they are tried to be creatively used inside the home only. So the old stuff can be creatively transformed into a piece of art, decorating the walls of the home or in a similar fashion, depending largely on the type of the old product in question. Secondly, people ask their near and dear ones if someone requires this old stuff as it is ‘as good as new’ or ‘very useful’. Thirdly, people give it to the charity. Fourthly, they are often discarded and dumped, without giving much thought.

What Happens to the Dumped Stuff?

The old stuff that is dumped and thrown in the dustbin takes way to the landfill. The things that are no longer used by people and also cannot be recycled are disposed of in the landfill.

What Does This Mean?

I am trying to get to the point that the more you shop, the more waste you generate, whether consciously or unconsciously. The dresses that you longer wear, the old phone that you will not use, the earphones you dumped because you got a new colorful ones on sale, the old toys and their plastic cases that are thrown away, the food that is wasted, and many other things are ultimately going to the landfills as there is no proper way to use them, in spite of many efforts going on in this direction.

What Can Be Done Now?

How Can We Do Our Bit to Save Environmental Health?

It is easy to get tempted by sales and offers by stores. However, it is necessary that we train our minds not to get duped by them and make a conscious thinking whether we need these things or not.

This is a tricky one but is important all the more. So, when you are in a dire need of a stole or a scarf, instead of investing in a new one, try to prepare a scarf from the old clothes you have. Yes, it requires talent. You can take help from friends and family or the internet. For instance, my kiddo desired a tent for her dolls. What we did was that we prepared a tent out of an old chimney box.

So, you are preparing a cake for the first time. Instead of purchasing all the equipment, borrow it from a baker friend. You might not bake so frequently and borrowing makes sense. It is advisable to form a group of people in the locality who can borrow things from each other. This minimizes the waste to a large extent.

Yes, even charity is a good option. But selling makes sense. The one purchasing the old stuff from you might make sure to use it properly because he/she has paid for it. This is said because some people do not care about the free stuff.

There is no harm in buying old things from people. If you are concerned about hygiene, just wash it off and move forward with it. So, like in the above example, you liked baking and would like to cultivate it as a hobby. Then you can purchase baking equipment from a person who is no longer fond of baking but has everything required for the same.

It is good to be concerned about your own health. However, it is also necessary that we take of the health of the environment. Nature is gasping, trying to find an escape into a world where there is zero-waste. With clothes, toys, electronics, equipment, etc. are being made from plastic, it is necessary that companies find an alternative to the material or at least think of ways on how to make the most of the plastic stuff produced.

7 Magical Reasons to watch Harry Potter if you haven’t already!