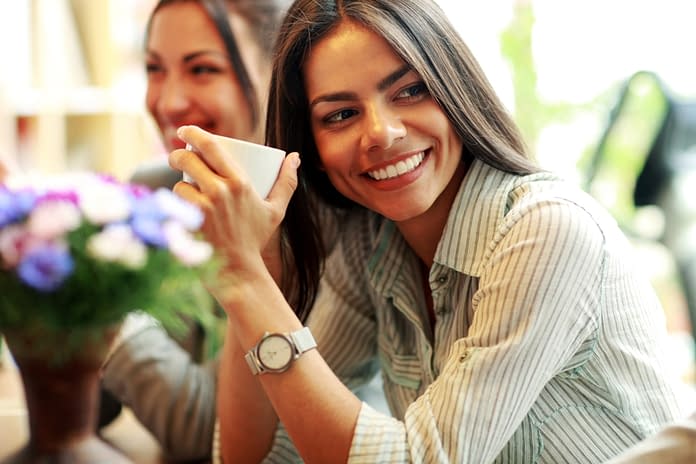 And she began her day with a bottle of non-alcoholic energy drink, of course, with no added sugar. This made her go on her day, with a renewed sense of energy. However, she didn’t know how a cola worked for her and not coffee. Little did she know that some colas or energy drinks have caffeine as one of the ingredients! Hence, such drinks charged her up, making her kick start the day in the best of her form.

Like her, we do not really know what our longtime favourite foods contain and what is it that has made them our lasting favourites. Your favourite drink might have caffeine that has hooked you up for such long. Caffeine is not bad, I say. But it might turn out bad if you consume it a little too much.

I chew a gum to cover up the smell of coffee. I am surprised to know that the gum itself might have caffeine. While not only breath fresheners have caffeine, some of them indeed have caffeine as one of the ingredients. And you were surprised why chewing that gum kept you awake all night.

Yep, they do have caffeine. So, before giving a piece of her favourite chocolate, do check the back for the amount of caffeine it has. Cocoa beans are the natural sources of caffeine – this means that it is given that chocolates will have caffeine. However, darker chocolates have more caffeine as compared to the milky ones. This reminds me that before writing a post, I was hooked on to eating a piece of dark chocolate and got drawn to it automatically. Chewing dark chocolate kept my energy levels high and made me felt good. However, bid goodbye to that habit by not buying any more of chocolates. While some chocolates have natural caffeine, some have added amount of it, just to make people like me feel better after eating it.

Surprisingly, some of the weight loss medication has some amount of caffeine. I am not aware that whether this works or not, still many brands have loaded up their pills with caffeine.

My kiddo loves her chocolate ice cream, especially the Belgian dark chocolate cones. However, once I noticed that it was getting harder for me to make her sleep since a couple of nights. On contemplating, I found the culprit. It was the ice cream she licked off the cone. Many brands have coffee flavored ice creams as well, which have some amount of caffeine.

What!!! This is totally surprising for me. Roasted sunflower seeds or sumseeds are fortified with caffeine to make them energetic. While sunflower seeds are the source of vitamins and many other essential nutrients, caffeine is added to them so that munching on them gives a boost of energy.

Yes, espresso being a coffee must have caffeine. However, the fact is that espresso has the highest amount of caffeine. Espresso beans are slightly different than the regular coffee beans. The process of preparing a drink using them is different too. Regular coffee is not as concentrated as the espresso and that is what makes latter the better.

Even waters and drinks now come fortified with vitamins, minerals and other essential nutrients. While buying them, we might not realize that they even contain caffeine. At times, hidden caffeine makes them energetic rather than the nutrients present in them. While some brands openly mention about the present caffeine, some tuck it in the list of content. Like I mentioned above that many plants have natural caffeine present in them. If a drink is prepared using such plants, then there will be no necessity to mention the caffeine. Hence, awareness is required while drinking energized water or drinks.

Yes, green tea does have caffeine just like regular tea. However, green tea is also loaded with antioxidants just like coffee. Drinking a cup or two of green tea or coffee will do you more good than harm. If you are looking for something that isanti-ageing, then these drinks will give a tough fight to free radicals. Catechin present in green tea even helps in fighting belly fat.

Not All Coffee Brands are Equal

If you picked up a brand X coffee this time rather than Brand Y, thinking that it does not matter, you might be wrong. Not all brands have equal amount of caffeine. Some are loaded with caffeine while others are not. Even coffee available at restaurants have different amount of caffeine content.

This sounds dangerous. Kids nowadays are exposed to more caffeine. This is because drinks and products now contain caffeine just to make them interesting and get kids to hook onto them. Children who are quite young cannot tolerate more than 100mg of caffeine per day. Let’s read the ingredients and the amount of caffeine present in the drinks before giving them to our kids.

Remember you popped that pill and the pain vanished! This is because your pill had some caffeine. It is believed that caffeine helps in subsiding pain and hence, many brands include it in their medication. Hence, if you are on a pain-reliever, make sure that you lower your caffeine dose from other foods. You might overdo your caffeine limit if you are taking such pills.

Soda has the least amount of caffeine. By this, I do not mean that sodas are good for health. They have other ingredients that make them the worst thing for our health. Drinking more of soda might turn harmful for your health, increase your belly fat or make you hooked on to them for no benefit in return.

Things to Keep in Mind

Not the First Drink

Caffeine should not be your first drink in the morning, come what may. You might think that your body works faster when you get a cup of coffee or tea first thing in the morning. However, this is not true at all. This is all because of cortisol levels – which are highest in the morning when you wake up and the lowest when you go down to sleep. Drinking caffeine when your cortisol levels are low, makes it much more effective.

Ten Minutes to Work the Magic

Just like a pain killer does not works it magic immediately after you pop it, caffeine takes as many as ten minutes to have an effect on your body. Its effect reaches to the highest after 45 minutes post the first sip that you took. The lasting effect of caffeine depends upon the amount you had and also the rate of metabolism in your body. It might last up to three-five hours to even twelve hours at times.

Caffeine Effects are Not Same

Not everyone gets affected by caffeine in the same manner – it depends on your age, metabolism rate, gender and yes, even race. The way caffeine gets processed in the body differs greatly. While women can easily metabolize caffeine, it is slightly slower for the men. People who smoke can process coffee faster as compared to people who do not smoke.

Some people have a habit of drinking many cups of tea or coffee in a day. It might turn out detrimental to health, so say the experts. While children can tolerate around 100mg of caffeine per day, for adults it is 400mg. measure your caffeine intake per day. If it is more than the stipulated amount, you might be a caffeine addict.

While caffeine has its magical effects on body, but just like alcohol, it might even turn out toxic. Even green tea, if had more than 3-4 cups in a day, is bad for health. Make a right choice by choosing caffeinated products cautiously.

7 Magical Reasons to watch Harry Potter if you haven’t already!