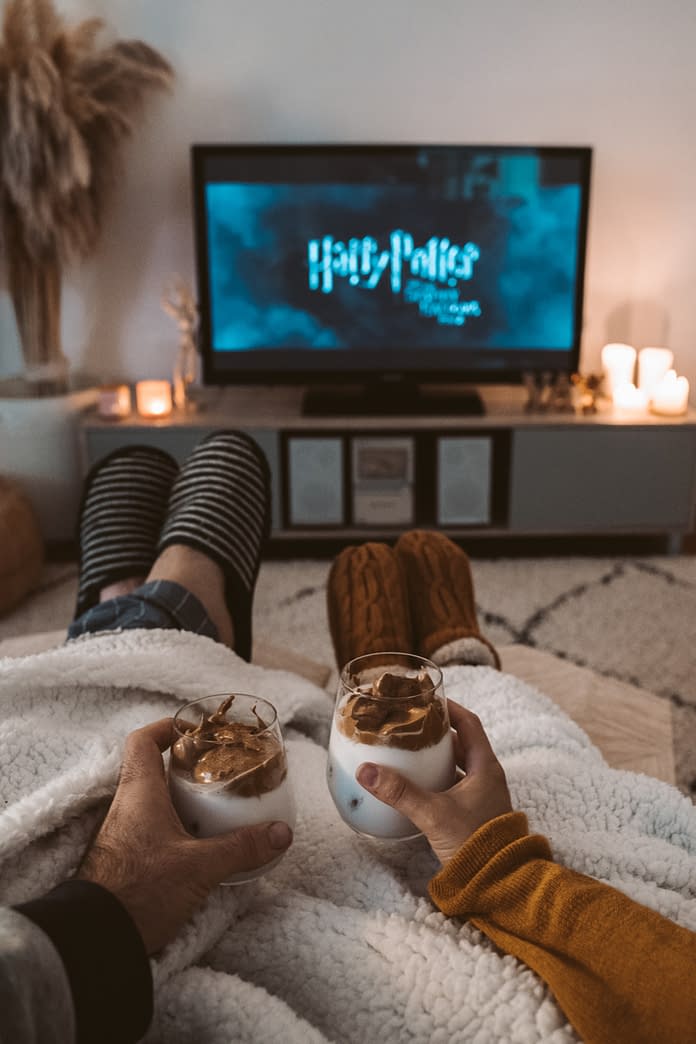 ‘The Boy Who Lived’, and yet lives in the hearts of Potterheads, even after twenty years since Harry Potter movie first hit the big screen and we were all invited to witness the cinematic world of wizardry at Hogwarts. Little did I know back then that I would end up being this fanatic person, who to date wishes to get her own acceptance letter from the Hogwarts School of Witchcraft and Wizardry, even after having surpassed that age. Guess I’ll have to make peace with me being a Muggle, I mean non-magical folk.

By this time, you surely must be wondering why people are so crazy about the Harry Potter series but I only wonder how can one not be? It’s a complete package, I tell you! And trust me, this masterpiece is surely going to leave you enchanted with its magic.

If you’re someone who still hasn’t watched a Harry Potter movie, here are some reasons why you should. But before we head on to the reasons, an out-and-out credit has to be given to J.K. Rowling, the author of the series, for having conceived this spectacular idea and also to the makers of the movie, who did great justice in bringing the Wizarding World to life.

1) THE CASTLE OF MAGIC – HOGWARTS

Love at first sight! Yes, love is what struck me when I first saw this magnificent, alluring, beautiful, and charismatic castle called Hogwarts, which happens to be a school, by the way. I can literally use all the adjectives in the world to glorify its beauty but only in vain as words shall fail to do justice to the immense beauty of this place. Everything about this place is exceptionally special. The Great Hall floating candles, feast, sorting ceremony, moving portraits, magic spells. Oh my God! I get goosebumps every time I visualize it in my head. Each and every day spent here is an adventure in itself. Besides, Hogwarts is home to many hidden secrets that are going to leave you startled.

It’s hard not to fall in love with the characters when J. K. Rowling is the creator. And considering the extremely talented actors that were roped in, it’s even harder to pick out your favourite character for you’ll end up liking the entire lot. All thanks to the perfect cast. One can only imagine how much of thought process and brainstorming would have gone behind the making of these characters as the outcome is damn impressive. Each and every character is strikingly unique and has a special trait that appeals to the audience. Also, the way their personalities evolve with the passage of time has been beautifully depicted, Neville Longbottom being the perfect example. The characters have a tendency of developing an unbreakable bond with you that will only make you feel like you’ve known them forever.

“Happiness can be found, even in the darkest of times, if one only remembers to turn on the light ”.If not happiness, at least hope can be found, if one only remembers such pearls of wisdom from Albus Percival Wulfric Brian Dumbledore, the headmaster of Hogwarts and the wisest man you’ll ever come across. Dumbledore’s hard-hitting quotes fit perfectly in our real-life situations and reflect upon his wisdom and humour. The movie is full of such astonishing life quotes. Moreover, there are tons of epic one-liners, the best ones coming from Hermione Granger. That moment when she corrects Ron while he was trying his hand at a magic spell “It’s leviOsa, not levioSA” or when she mocks him for his emotions “Just because you’ve got the emotional range of a teaspoon”, the girl never shied away from showing the witty side of her personality and we freaking loved it.

As I said, Hogwarts is home to many hidden secrets. But wait, did I mention creatures? The movie promises to keep you on the edge of your seat with its fascinating twists and turns. A lot many secrets will be unveiled and bewildering questions shall be answered. You’ll be bombarded with shocking revelations time and again for you to have a thrilling experience. One more thing, don’t judge anyone too soon. You never know if a person whom you have hated throughout might just turn out to be the real hero. Now before I spill any more beans in my excitement and spoil your fun, it’s best if we move ahead.

It’s too mundane for the witches and wizards to indulge in an ordinary sport that only Muggles play. So then what sport excites the Wizarding World? J. K. Rowling took utmost care of that and came up with another great invention – Quidditch, a sport played by witches and wizards riding flying broomsticks that is full of thrill, drama, suspense, verbal spat and violence to keep you intrigued throughout. The fever of Quidditch at Hogwarts is always high, reason being the Quidditch Cup that is awarded every year to the best House Quidditch team. It’s a matter of pride, you see. And the rivalry between Gryffindor and Slytherin doubles up the excitement when they are against each other in a match of Quidditch and makes it even more engrossing.

“Always”, said Snape, and tears rolled down my cheeks. The entire Harry Potter fandom can connect with the significance of this iconic word that reflects nothing short of unconditional love.  Love is, after all, a powerful form of magic that is a valuable weapon and gives us a reason to fight which truly holds true for Harry in his quest to defeat ‘You-Know-Who’. But honestly, where would Harry be without Ron and Hermione who were always seen standing rock solid for him even in the worst of circumstances, showing us what friendship and loyalty really is. They’re called ‘The Golden Trio’ for a reason. If anything, the movie reignited our faith in love, loyalty, and friendship that somehow seems to be lost in the real world.

Now, what’s the point of investing your time in something when you don’t end up learning. This movie unfailingly teaches you a lot, other than the magic spells of course. How not to judge a book by its cover, to value our loved ones and a lot more but most importantly how not to succumb to your fears and show utmost bravery in great perils. Everyone comes to a point in their life where one has to choose between what’s easy and what’s right but it’s our choices that truly define us. Dumbledore rightly said, “It is our choices, Harry, that show what we truly are, far more than our abilities”. Great man, Dumbledore!

So when you’re done watching the Harry Potter series, I’m sure you too would want to join the Potterheads’ army. We shall await your presence until then. Besides, this army is here to stay. “Always”.